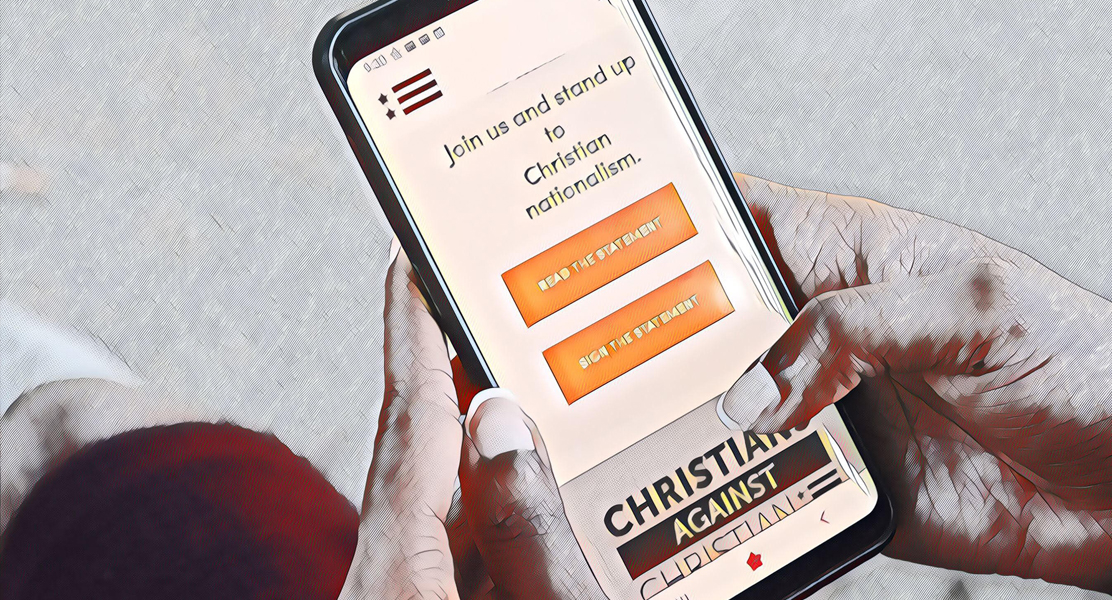 The podcast series is tremendous call for both reflection and action by Christians who believe in faith freedom for all.  Each episode is a deep dive into a particular aspect of Christian nationalism, and it serves as a fantastic tool for discussion and reflection among Christians, who are uniquely positioned to call out Christian nationalism as a threat to our national commitment to religious liberty for everyone.
To that end, BJC created discussion guides to go with each episode (including a facilitator’s guide) to support those interested in organizing group conversations around this important, timely topic. These discussion guides and podcasts are perfect for church small groups or other groups. The guides are available on the website dedicated to the Christians Against Christian Nationalism statement, where you can also find links to each individual podcast.

Importantly, the Christians Against Christian Nationalism movement is not slowing down! First launched a year ago, the statement calling out the dangers of this cultural framework is as timely as ever, and voices need to be heard opposing Christian nationalism as a distortion of the Gospel of Jesus and a threat to American democracy.

If you haven’t already joined the tens of thousands of Christians who added their voices to this cause, read the statement, which contains a unifying set of principles, and add  your name today! And if you have already signed, help spread the word to others, including through social media (and use the hashtag #ChristianNationalism)! Set a goal to have three friends sign the statement as we all stand up against Christian nationalism, a persistent threat to both our religious communities and our democracy.

(note: You can also subscribe to the BJC Podcast – it is available wherever you get your podcasts, including Apple Podcasts, SoundCloud, Spotify,  Stitcher and Google Podcasts.)